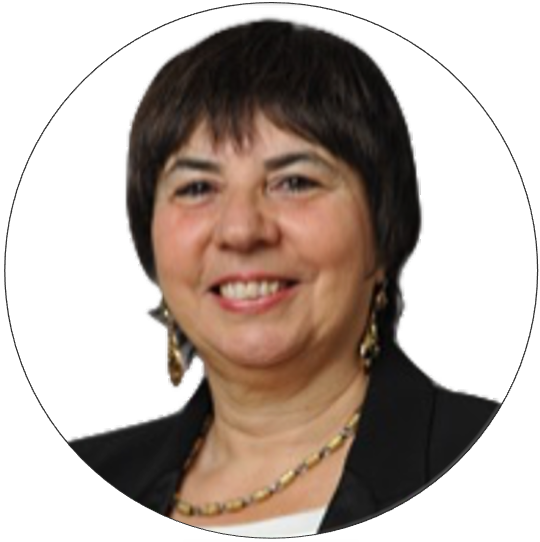 Luisa De Cola moved in November 2020 to the University of Milano and Istituto Mario Negri from the University of Strasbourg where she has been the chair of Supramolecular and Bio-Material Chemistry. She is also part time scientist at the INT-KIT, Karlsruhe, Germany and since 2019 Honorary Professor at Tianjin University, China.

She is recipients of several awards, the most recent being the IUPAC award (2011), the International Prize for Chemistry “L. Tartufari” and the Catalan -Sabatier prize from the Spanish Royal Academy of Science in 2015. In 2019 she was awarded the Izatt–Christensen prize in Macrocyclic and Supramolecular Chemistry and the Prize Anassilaos Arte Cultura Economia e Scienze. In 2020 she was one of the 39 selected women chemists, from all times, at the Science Museum of Valencia (Ciutat de les Arts y de les Ciencies), Spain (2019-2020).

She has been Nominated “Chevalier de la Légion d’ Honneur” by the French President François Hollande, and she is a member of the German National Academy of Sciences Leopoldina and of the Istituto Lombardo Accademia di Scienze e Lettere.

In 2021 she has been elected to the AIMBE (American Institute for Medical and Biological Engineering) College of Fellows Class of 2021 and in September she received the Natta Medal from the Italian Chemical Society.

Her main interests are luminescent and electroluminescent systems and their assemblies, and nano-, porous and soft structures for biomedical applications.

Role in the project: She will develop artificial EVs and organosilica capsules to be used as delivery system for drugs and biomolecules. In addition, the functionalization of the surface with lipids labelled with optical active dyes will be used to understand the reorganization of the mobile layer upon interactions with the cells.

Role in the project: Molecular modelling, preparation of synthetic small proteins and peptides. 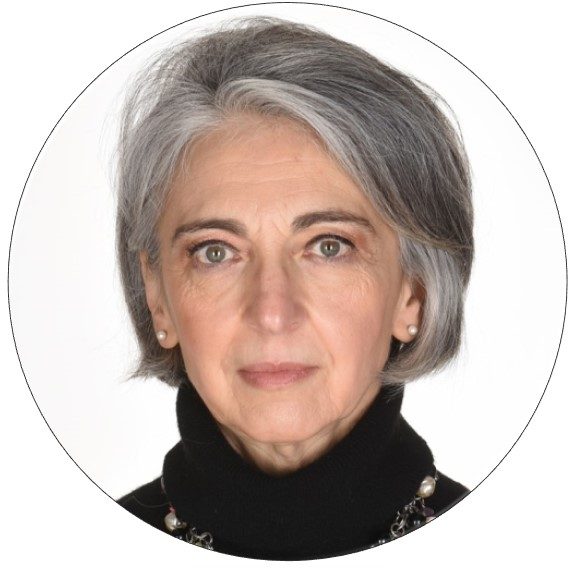 She is Head of Protein and Metabolite Biomarkers Unit, Laboratory of Mass Spectrometry, Department of Environmental Health Sciences, Istituto di Ricerche Farmacologche Mario Negri IRCCS, Milano. She has track record expertise in mass spectrometry-based proteomics and metabolomics for the characterization of complex phenotypes relevant in human diseases. She is partner in on-going national research grants and partner/WP leader in EU projects.

Role in the project: Dr. Pastorelli will be involved in mass spectrometry based proteomics strategies for the identification of proteins present on the surface of natural EVs and the validation of their presence on artificial EV mimics. 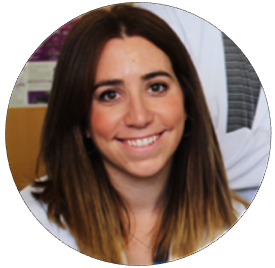 Post-doctoral researcher in Mario Negri Institute for Pharmacological Research, Milan (Italy) in Prof. Luisa De Cola’s research group. BSc in Biotechnology; MSc in Nanostructured Materials at the University of Zaragoza and PhD in Chemical Engineering by the University of Zaragoza (Spain) holding a prestigious predoctoral FPU fellowship from the Spanish Ministry of Education. She is interested in 1) the combination of molecular biology and biochemistry with physicochemical, microfluidics and nanotechnolgical techniques in the field of extracellular vesicles; and in 2) the development of biomaterials including smart and on-demand breakable organosilica nanoparticles for cancer treatment and diagnosis. She enjoyed international research stays in the ETH of Zurich (Switzerland) and in the Polytechnic University of Milan (Italy). She has published articles in international journals of high impact (Nature Catalysis, Nature Protocols, Nanoscale, Journal of Extracellular Vesicles or J. of Nanobiotechnology). She has also multiple communications in international conferences and one award for the article of the year in J. Nanobiotechnology because since its publication, it has been the most accessed and cited. Also, her PhD thesis has been awarded as one of the One of the best 10 PhD theses of 2021 in Experimental and Technological Sciences by the Real Academia de Doctores de España.

Role in the project: She will work on the synthesis and the physicochemical and biological characterization of the different nanomaterials, she will be involved in the functionalization of the nanomaterials with functional biomolecules and targeting moieties, she will assist in the preparation of artificial EV-mimics and lipidic assembly on the nanoparticles surface.